The Workshop Series “Egypt Urban Futures” is being initiated to build a platform to exchange approaches, experiences, best practices, and opinions on issues and strategies concerning urban development for all stakeholders engaged in the field. “Egypt Urban Futures” will strengthen active dialogue among public institutions, civil society, activists, the private sector, development organizations and researchers and open up rooms for collaboration and strategic alliances on building a sustainable urban future for Egypt.

The workshop is a joint initiative by the CEDEJ, UN-HABITAT and GIZ (Participatory Development Programme in Urban Areas – PDP) and a continuation of the Expert Discussion Meetings on urban development that have been carried out monthly since 2008. The aim is to hold approximately three “Egypt Urban Futures” workshops per year.

During this event, feedback will be collected from all participants in order to develop the design of upcoming workshops.

2nd Session: The Role of the Private Sector in Urban Upgrading 28th October 2013 at the French Institute in Cairo, Egypt

The second session of the series addresses the Role of Private Sector in the Urban Upgrading of Informal Areas in Egypt in the post-Mubarak era hosting a wide range of national and international speakers and participants.

The Role of the Private Sector in Urban Upgrading

As the Egyptian government cannot effectively respond to the need for housing in urban areas; acknowledging and upgrading of informal areas is becoming crucial. However, due to the lack of appropriate policies, mechanisms and many complexities, the local government is mostly incapable of implementing an integrated strategy to tackle the problem on the ground. The post revolution era offers though important opportunities to review the existing policies as well as the role of the local government in dealing with informal areas, and finally to consolidate the role of civil society in supporting the efforts of the relevant government agencies. Due to the shortage of public means (i.e. technical, financial, etc.), a special emphasis should be given, as well, to promote the sound involvement of the private sector in cross-sectorial (i.e. state, business and civil society) dialogue and partnerships to support the implementation of the different types of urban upgrading measures.

The role of the business sector in urban upgrading:
The business sector possesses potential skills and resources that can assist in supporting sustainable urban upgrading. However, the engagement and participation of the private sector in this area can be achieved through various models including public-private partnerships, market-based approaches, and social responsibility.

Partnerships between the public and the private sector (PPP) are frequently profit driven; hence, involving civil society groups as partners is crucial to ensure that the best interests and needs of local communities are not left behind. Therefore, the question may be:
- What significant role in urban upgrading can a multi-sector partnership model based on

Another model of addressing urban challenges is ‘The Bottom of the Pyramid Approach’ (BOP) which engages the informal business sector to create systems that are mutually beneficial to the concerns of the communities and the formal business sector. The advantage of integrating the efforts of both informal and formal sectors is the creation of synergy that leads to the development of goods and services that are accessible, available and affordable to the local communities. In this regard, we may ask:

- To what extent do the economics of BOP strategies present a sustainable paradigm for addressing urban challenges (e.g. the provision of shelter and basic services)?

Additional approaches like ‘philanthropy’ or ‘Corporate Social Responsibilities (CSR)’ may require separate contributions from the private sector and allocation of development funds from the public sector. Again the question is:
- Which sustainability problems may these approaches end up facing compared to the other

In Egypt, the trend of corporate contribution during the last decade –mainly international and large local private companies– was rather geared towards supporting community development, opening the door for public private partnerships in areas related to education, health, human resources, youth skills and other community needs. In addition, a long culture of philanthropic donations to disadvantaged in Egypt is mostly based on religious traditions. Despite the ongoing discussions about the concept of CSR and its potential in Egypt, various international and national big corporates have been applying this model since few years to upgrade urban areas. However, to be effective, a coherent understanding of the concept by all parties (i.e. government, business sector, and civil society), and the comprehension of partners to the roles, responsibilities, and contribution of each is prerequisite.

The planned workshop sheds the light on the pragmatic application of the different partnership models by the private business sector in Egypt (i.e. PPP, BOP and CSR). The main aim is to stimulate discussion on these issues and propose a framework for the private sector contribution in urban upgrading. The workshop will also focus on the evaluation of the different models of private sector involvement in order to recommend the most appropriate model(s) for urban upgrading in Egypt.

Simultaneous translation English-Arabic will be provided.

To confirm your attendance, send an email to safa.ashoub@giz.de 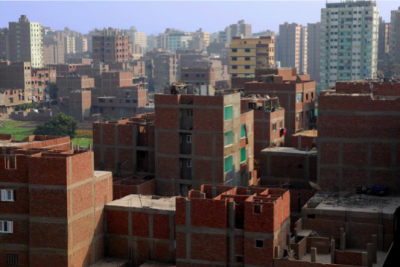