Back to school, check, laptop functioning, check, post-festivities recovery, check, studies and lives must go on, rinse and repeat.

'Writing with the other hand is imagining' continues with Study Two on October 21, including works by Luis Camnitzer, Malak Helmy in collaboration with Simeon Roos, Adelita Husni-Bey, and Mladen Stilinović. On the same night, Adelita Husni-Bey will be in conversation with Antonia Alampi to discuss some of the topics raised by the artist's research in relation to the exhibition: education, radical pedagogy and self-organized learning apropos to institutionalism, 'free-school' models and anarcho-collectivism.
Study One looked at notions of learning and educating through the prism, the weight and the role of language in defining, shaping and ultimately leading human’s capacity for thought, and action. Study Two sounds the possibilities for a space where the self is yet to become: Can the absence of references encourage social and political imagination? Can we reinvent the codes we are meant to adhere to? The works in this study foster a space for redefining coexistence, and propose ways to nourish creativity.

Mladen Stilinović's wall painting is still warning us that the conflict between the two grand ideologies of the XX century has resulted in the authority of the Anglo-Saxon language in defining cultural capital (of an artwork). Luis Camnitzer’s poetry in statements keeps its presence in his series of Assignments. Whereas education is often understood as learning through instruction, Camnitzer suggests to appropriate art as a means to interact with, observe and posses the world through our own intuition and ideas. Children are called to explore solutions when PYRAMIDS HAVE BEEN OUTLAWED. WHAT ALTERNATIVE DO YOU PROPOSE?, in a new work the artist conceived for this exhibition. In a workshop organized in collaboration with Alwan Wa Awtar and coordinated by Alia Mossallam, kids aged 8-11 years can rethink the emblematic power of pyramids from different angles, and propose substitutes in their absence.

Children are also in charge in Adelita Husni-Bey's film Postcards from the Desert Island. For her project, Husni-Bey asked a group of 7-10 year old students at the Ecole Vitruve (a self-run public primary school founded in 1962 by the French pedagogue Robert Gloton) to build a desert island in their school hall during a three-week workshop. In the resulting film and installation, we witness how the kids come to terms with notions of self-management, the lack of institutions, the question of punishment and power struggle, immigration issues, the significance of public space and civic disobedience. Through an undirected practice of anarcho-collectivism, they reimagine institutions, social codes and behaviors. Yet, on another island, we consider the psyche of a unique type of lyrebird who lives on an online radio station. The lyrebird is an Australian bird species known for its particular dexterity of voice and superb mimicry skills, which it uses as mating performance but also as survival technique, allowing it to fake the call of other birds and almost every sound in its environs. In Storytime with Lyrebird, Malak Helmy and voice actor Simeon Roos consider what the bird might say and how it would speak, what would become of its nature, mind and mimicry if its habitat was that of an online radio island: a space with no dimensions, nature, environment, resonance and sound to mimic. How could he live in just a possible sludge of text flowing past which it can only read and echo to itself?

Writing with the other hand is imagining is supported by LUX, artists’ moving image and CIC – Contemporary Image Collective.
Beirut is made possible with the structural support of Townhouse and the generous support of the Foundation for Arts Initiatives and the Young Arab Theater Fund. 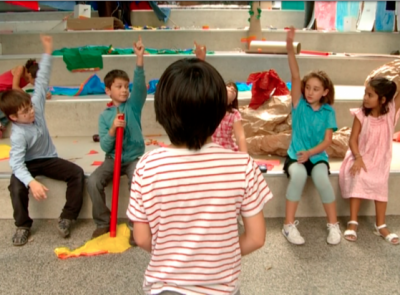