MAAT|CCDC is thrilled to announce the launch of the 3rd edition of The Platform
The Platform is a showcase for research, experimentation, and projects developed by the full-time students and alumni of MAAT|CCDC Contemporary Dance School. This program takes place under the mentorship of Karima Mansour, Founder and Artistic Director.
The Platform was established in 2014 and presented 5 performances that were developed by students of the first generation of MAAT|CCDC Contemporary Dance School. The Platform has also previously included workshops, roundtables, film screenings and the organization of the first meeting of the Euro-Arab Network for Contemporary Dance and Performance in Egypt.
The 2nd edition of The Platform was in December 2018 and presented 3 performances by our alumni and current student of MAAT|CCDC Contemporary Dance School, with the concept of short format - zero budget productions to question content and form.
In this 3rd Platform edition, we will present 4 performances and 1 dance video, by our current full-time students of MAAT|CCDC Contemporary Dance School.
This 3rd edition is generously hosted by The French Institute - Mounira, Cimatheque, and Zawya.
*** The 3rd edition of The Platform will be held in the following places:
- From 13 to 15 April at The French Institute - Mounira.
- 17 April at Cimatheque - Alternative Film Center.
- 18 April at Zawya.
Performances:
** "Nafaq 2: Under Construction"
Choreographer: Amina Abouelghar & Hanin Tarek
Performers:
Amina Abouelghar
Hanin Tarek
Duration: 20 mins
===
** "Troubled Butterflies"
Butterflies can only fly when the air temperature is above 27 degrees. When it's cool, they position themselves to expose the underside of their wings to sunlight to heat themselves up.
Choreographer: Islam Elnebishy
Performers:
Abdelrahman Ahmed
Ahmed Malek
Islam El-Araby
Samar Samira Al-Zuairy
Nada Nader
Mahmoud Zaghloul
Duration: 20 mins
===
** "Aggravation"
An embodiment of a psychological state affected by negative thoughts, feelings, and emotions. A confrontation between the person and their inner being. Who will win this war?
Choreographer: Nada Nader
Performer: Nada Nader
Music composer: Sedky Sakhr
Keys: Shadi El-Hosseiny
Voice over: Ramsi Lehner
Mixing: Adham Zidan
Text by: Nada Nader
The poem “So Now” by Charles Bukowski
Duration: 15 mins
===
** "On this this day"
What has happened to us? And from where do we begin the story? Things have been trapped together and we found ourselves here .. it's all a trial to reach an exit .. or maybe an entrance.
Idea & Directing: Carol Ackad & Ahmed Malek
Text: Carol Ackad & Ahmed Malek
Performers:
Carol Ackad
Ahmed Malek
Duration: 20 mins
===
"A Skewed Conversation" Film
An attempt to communicate with the city, asking are we integrated within it or do we disappear into it .. We try to explore it and reconnect with it from a different point of view. Also exploring if we connect with the surrounding space? With people? Do we realize our body present in the spaces?
Choreographer: Eman Hussein
Performer: Eman Hussein
Video Director: Eman Hussein & Ahmed Hamed
D.O.P: Ahmed Hamed
Video Editing: Ahmed Hamed
Music Composition: Mohamed Bonga
Duration: 15 mins
===
https://www.facebook.com/events/774146462956252/ 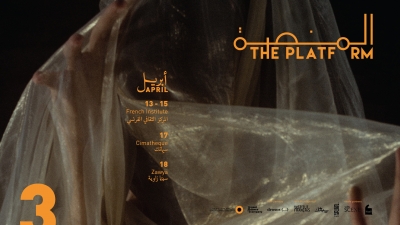