An Open Call to Participate in “Transitions”, the first edition of CAIROGRAPHIE Festival.


CAIROGRAPHIE is an annual festival of photography and video, launching its first edition in 2017. The festival celebrates both photography and video by bringing together all career stages, emerging, mid-career and established artists and photographers to raise awareness of essential topics through all forms of photography and video. The festival creates opportunities for artistic expression and engagement between participants and attendees. CAIROGRAPHIE is organized by Darb 1718 contemporary art and culture center. In its first edition, Darb 1718 collaborates with Photopia. The festival will be carried out across two months, composed of a main art exhibition and a rich artistic program of workshops and talks, organized by Darb 1718 in collaboration with other culture and art centers.
Every year the festival will adopt a different core theme, this year’s theme is “Transitions”.

For its first edition, CAIROGRAPHIE’s theme is developed by Karim El Hayawan who believes that “change is constant. Within the layers, complexity and rapidness of change, transitions occur.
Transitions are reflected on us and by us, whether these transitions are inflicted or embraced, resurrected or created. What varies is the impact that transitions incite, both individually and/or collectively”. Echoing the words of Julian Barnes that “art belongs to everybody and nobody. Art belongs to all time and no time’, CAIROGRAPHIE will focus on the idea of transition and its bittersweet relation with art - where time intrigues, inspires and perhaps unwillingly defies change yet crowns time as the true essence of life and the leading force behind all transition. After all, “all art was once contemporary”.

“The theme for CAIROGRAPHIE this year centers on the notion and perceptions of how change is conceived, accepted or equally resisted and rejected. The festival aims to explore the ability to perceive, observe and respond to such change leading to future transitions expressed visually through contemporary photography.” Karim El Hayawan

Egyptian artists and photographers are encouraged to participate through an open call. CAIROGRAPHIE is scheduled to take place in Darb 1718 contemporary art and cultural center by November 5th, 2017 with a rich program throughout November and December 2017.


The festival’s regulations and application form:

Karim El Hayawan is a Cairo-based photographer and interior architect. After founding
Design Point Studio in Cairo in 2002, Karim began to develop his photography under the
mentorship of Alaa Abdel Naby of Reuters. Cultivating a passion for street photography, El Hayawan is continuously inspired by his hometown of Cairo, relentlessly seeking images that define the complexities of the ever-expanding urban metropolis. Focusing on both portraiture and landscape taken throughout Egypt. Ultimately, photography serves as his narrative tool to reveal commonalities in collective experiences of life, with key themes of his work being the question of movement and the concept of universal metaphors.
His work has been exhibited in The Grid Cape Town Biennial in South Africa, the Off-
Biennale in Cairo titled “Something Else”, and the Benchmark Forum at GUST in Kuwait, in
addition to Al-Ahram’s Salon for Fine Arts and Darb1718 in Cairo. He has been featured in
numerous publications throughout the region.
El Hayawan is the founder of Saturday Morning Walks, an initiative that invites participants
to explore different neighborhoods in Egypt through the activity of street photography. 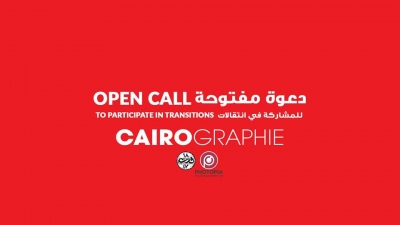