One night, Amr wanders alone in the streets of Bahari, the marginalized eastern shore of Alexandria. While he collects material for an art project he is allured to film a playful group of children. Two locals are provoked by Amr’s actions leading to an encounter that develops elusive fears and desires.

Though I Know The River Is Dry

Caught between his brother's past and his child's future, one man's choice triggers catastrophe for his whole family.

The film raised its production costs through two successful crowdfunding campaigns, premiered in competition at Rotterdam 2013 and won the festival nomination for Best Short Film in the upcoming European Film Awards 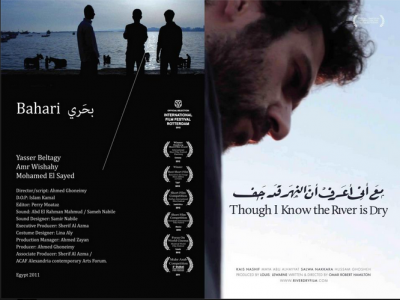