Women on Walls (WOW), or Sit El 7eta (in Arabic), began as an idea to see how we can use graffiti and street art in a project that combines the creativity and uniqueness of Egypt’s top graffiti, street, and visual artists to work on a national campaign focusing on women’s empowerment. In a Cairo houseboat apartment overlooking the Nile, Mia Grondahl and Angie Balata met in the fall of 2012 and designed a proposal for a project that would last a month, involve only about 20 artists and would be finished with a small closing ceremony. Grondahl, author of REVOLUTION GRAFFITI, had spent over a year and a half following graffiti artists around Egypt as they drew the story of the Revolution on the streets of Egypt. She was passionate about having the momentum and creativity continue. Leaning on the friendships she had developed with the artists, she suggested to some of them doing a bigger project that would be focused on women. Some were hesitant, some were excited, but all were interested. At about the same time, Balata had decided she wanted to work in Cairo’s culture scene and was working on finishing the last few months of her work contract to be free to pursue different projects. We spent most of January and February 2013, looking, speaking and meeting with artists from various cities and from different fields to have them join us. Beyond our expectations, the idea of WOW has received a lot of support from the street art scene, with over 60 artists involved in the campaign.

WOW has since grown to just more than a small street art campaign. We are using art to discuss one of the most important topics in Egypt and the Arab world, women’s empowerment, and which involves many issues, including the political, the social, the economic and the cultural. The project has been set up in a way to allow for the very different approaches and techniques and characters of each of the artists to develop and grow. This is one of the first and, only, projects to have gathered this many artists and graffiti painters on a national, as well as a regional level, all dedicated to one issue. At the heart of the project is a people’s story. Each of these artists is strong and accomplished in their own right and many have worked in some combination on other projects, but, never at this level. More importantly, each of the artists brings their own unique stories to the project—each has had different interactions with the street and the streets have touched each in a very special way. Each has also left their own special thumbprint in the streets and in the wider underground art scene.

WOW is today a network of over 60 street, graffiti and visual artists working together in the streets of Egypt and Jordan.

WOW always has room for more to join, so please contact us.

We hope you will enjoy this journey with us! 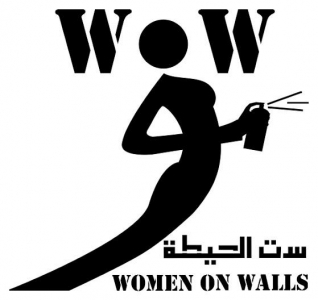