The Workshop Series “Egypt Urban Futures” is being initiated to build a platform to exchange approaches, experiences, best practices, and opinions on issues and strategies concerning urban development for all stakeholders engaged in the field. “Egypt Urban Futures” will strengthen active dialogue among public institutions, civil society, activists, the private sector, development organizations and researchers and open up rooms for collaboration and strategic alliances on building a sustainable urban future for Egypt.The workshop is a joint initiative by the CEDEJ, UN-HABITAT and GIZ (Participatory Development Programme in Urban Areas – PDP) and a continuation of the Expert Discussion Meetings on urban development that have been carried out monthly since 2008. The aim is to hold approximately three “Egypt Urban Futures” workshops per year. The first session of the series addresses the future of informal areas in Egypt after the January 2011 uprising, hosting a wide range of national and international speakers and participants. During this event, feedback will be collected from all participants in order to develop the design of upcoming workshops.

The 25 January 2011 Revolution was a turning point not only from a historical, political and social perspective, but also for urbanism. Inhabitants of informal neighbourhoods played a seminal role in the 2011 uprisings, revealing the deficiencies of governmental policy in these areas. Since the uprising in Egypt, informal area residents pursue new means of action, putting pressure on the government to
recognise their rights – often with the support of civil society, scholars and activists. Taking advantage of the dwindling state of affairs in the months following the uprising, city-dwellers seem to have developed new capacities for construction and self-organization.
The first session of the “Egypt Urban Futures” workshop series delves into the conditions of informal areas in Egypt in light of recent political events. Considering that the recent Arab Spring events have been triggered in cities, how will the revolution affect the structuring and governance of urban spaces? How does the Egyptian government view and intend to deal with the challenge of informal areas? Will action follow the many promises made during the presidential campaign on social justice and the improvement of living
standards for the poorest? This session examines the changes in informal neighbourhoods since the outset of the revolution. Setting
apart myth from reality and focusing on the challenges, as well as, opportunities presented in this new era,
the first “Egypt Urban Futures” workshop sets out to define new strategies of territorial action and aid to development.

For more information on and to register check: 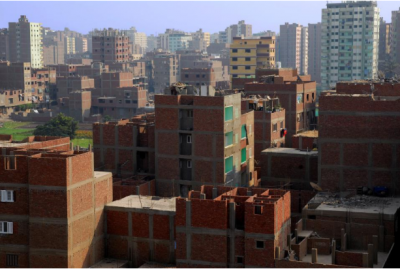